With baby boy #2 coming in a few days I thought it would be a good idea to start up the blog again after yet another way too long hiatus. I expect that the coming weeks and months will be the most exhausting (our boys will be 17 months apart, both in diapers, Parker runs around everywhere yet still wants to be carried when he’s tired, nursing the baby, figuring out new nap routines…) but we cannot be more thrilled to welcome this baby boy into our little family and there is just something about Parker being a big brother that tugs at my heart strings.

As far as an update over the past 8 months goes, you’re getting the quick version.

Lets start with the whole reason we live in Brooklyn to begin with – medical school/rotations. Brandon has been working his butt off and has finished ob/gyn, family practice, internal medicine, pediatrics, is currently in the middle of surgery and has done really, really well in each of them – without a break in between. I really don’t know how he does it.

We’ve met some really great friends since we’ve moved here. They’ve really shown us the ropes as far as raising a family in a city/small space goes. How we all met was so random and where we’re from is so different yet we’re so similar and get along so well. It’s so nice to know that there are people close to us that we can trust Parker with. We just adore them. And Parker is particularly fond of little miss Elizabeth.

Parker update. He seriously has so much “cool” pouring out of him that he doesn’t know what to do with it. He’s funny (and boy does he know it!). It’s rare for anyone to get a laugh out of him but his smirks and giggles let us know of his approval. His language has just exploded recently and mimics everything we say. I was reminded of this when I dropped something in the kitchen the other day, said “oh shoot!” and heard a little “shoot!” come from the bedroom. We really have to watch what we say around him.

His new favorite things are: Elmo, “running” (he thinks he’s running if he yells when he walks), “jumping” (never gotten air, ever. But he thinks that the longer he bends down then the higher he jumps), carrying around his baby, saying “shhhh!” when he goes up to the bassinet, making different animal sounds like moo, bahh, grrrr, bowwow, meow, quack, neighhh. Included in his weekly schedule is story time at the library where he loves singing and picking out his own little chair. On Fridays we go to a playgroup at a nearby church where this past week he felt brave enough to go in the ballpit all by himself. He thinks he’s too big for the baby playground now and insists on climbing the chain ladder to go down the big kid slide by himself (daddy taught him that) and he also thinks he’s big enough to run on the basketball courts (while yelling “ba-ballll!!!”) with the teenagers to play with them. I can tell he’s really excited to be a brother. He may not not what it means entirely but he’s really interested in babies and he’s really just one of the sweetest kids I’ve ever known I know he’s going to be great.

As for me, I’m just anxiously awaiting this little boy’s arrival. Everyone asks if I’m ready, I guess I’m as ready as I’ll ever be. This past week has made me pretty emotional thinking about how the days pretty much consisted of just Parker and I and I’m really going to miss some of those times. You think becoming a mom won’t change you too much but it does. I’ve learned a lot about myself and our family over the past 17 months and I know it’s just going to get that much better with the two of them. 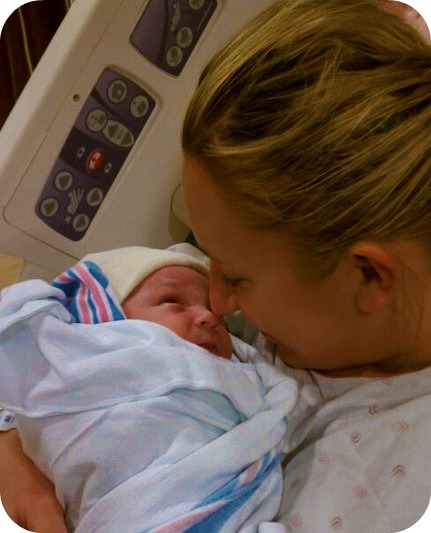 There must be something in the (Dominican) water because I don’t think I have enough fingers and toes to count how many pregnant friends I have at the moment.  It’s truly amazing.

Of course I thought about it since the start of my pregnancy but wondering how my life was going to change was a recurring thought towards the end.  And since I’m already crazy anxious, you can just imagine how I must have felt.

So for all of my fellow anxiety-ridden preggos out there, here are a few ways that I’ve noticed that in 3 short months, my life has changed since becoming a mama…

Vote for us daily!

I'm the proud wife to the adorable
and smart Brandon.
He's the best daddy I know.

We're always in transition...
From Buffalo, to Dominica,
to Miami and now, to Brooklyn
Typical us.
We've always been pretty spontaneous.

I love that we're a
young family.
We really hit the jackpot when Parker was born.
January 2011, our life got that much better.
He's our sweet sweet baby
that makes our crazy world
go round.

What I Talk About